We are riding side by side; I’m doing my best to keep up, he’s easily wiping out this story. “It was kind spontaneous – no, wait, only sort of.” Misha’s stories are all like this: stopped and started so he knows he’s being honest and exact. Just like him. “I had just started working at the bike shop and the boys asked me to come for a ride. So I got there and they were all on fixed gears and single speeds. They told me to take one from the shop – I got it filthy so, I guess, I just bought it. Then a little while later All City came out with this new frame and everyone loved it, but they all had bikes already. I was working and riding the other one, the filthy one, and was just like ‘ok, I’ll buy it!” I’ve never liked pink, but when I got it… like, just look at it! It’s SO SICK! I can’t imagine ever getting rid of it. It’s just the best bike.”

FYI – on Friday, July 30th, Misha and I will be riding across PEI in one day, setting an Only Known Time for doing so on single speed bikes, and raising money for the George Street Bike Project. You can donate here! 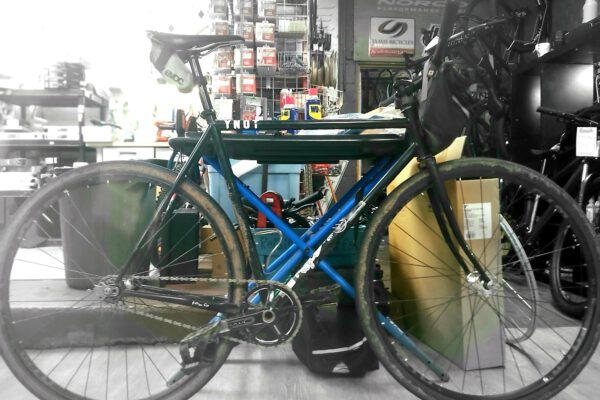 “…it’s simple, it’s my everything bike: commuter, gravel, cyclocross, everything.”