I messaged Jesse last night saying “looks like a downpour tomorrow. Another day maybe?” To which he says “nah, riding in anyway”.  I set up the shot in the back of the shop where he wrenches and ask what’s so special about this bike: “it’s simple, it’s my everything bike: commuter, gravel, cyclocross, everything”. I don’t need to turn around to know the boyish grin he has on, nor the mixed seriousness in what he says next: “I fix other people’s bikes all day — mine just can’t be like that”.  An answer as solid and straightforward as he is. 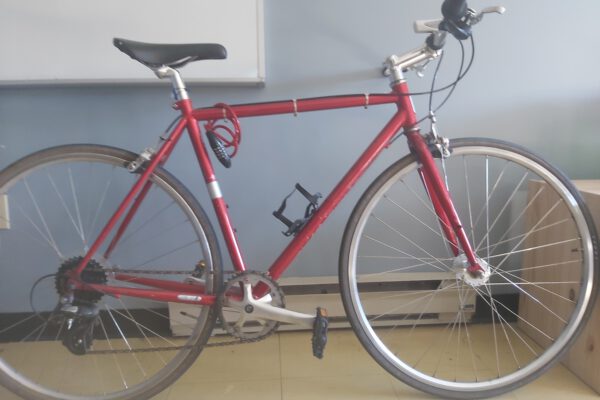