Listen, I get it for sure, it’s not rocket science or brain surgery or even learning your pentatonic scale: as a matter of fact, it’s just like riding a bike. You push off and jump on, crank the pedals and, I mean, that’s about it right?

Right. But also wrong, because that’s not even just the beginning. Knowing how to ride a bike and actually riding it is like the difference between knowing how to wield a knife and cutting into someone’s skull with the intension of curing them from some heinous disease. Or, just as important, knowing how to wank your G major scale and really wanting to write a song that moves folks. Riding a bike is a million times more than simple mechanics; a hundred million times more than physics and economics and industry and belief all stacked together.

You jump on and crank the pedals and then nothing less than the whole of goddamn creation opens up to you. You become a human in motion and balance. You embody poetry and energy and in that you learn a thing or two about paying attention, being here, being ok.

What you learn on a bike translates smoothly and directly to life.

What you learn on a mountain bike is the very chains and rings of life’s most challenging moments. Mountain bikes are hard, dirty, joyous and angry, unwieldly and godlike. They connect you to the very marrow of every day living.

Somewhere around 1984 or so, while the folks of Marin county were really starting to figure out how to blast down a mountain side on two wheels, my pals and I in the backwoods of New Brunswick were hacking through on whatever piece of junk we happened to have.  We hefted them on our shoulders crossing streams or through bogs a lot, broke spokes, stripped brakes, busted tyres, got cut and bruised and crashed over and over. Like pro cyclist Johan Museeuw once said, “crashing is as much a part of cycling as crying is a part of love” – true that, brother. And what epic crashes they were – we bled and got bruised, broke things and swore like sailors in the woods while the flies carried us away in chunks.

By the time “real” mountain bikes became part of my life, somewhere around 1992 or so, I had learned nothing in terms of technique, but understood perfectly well this formula: force plus energy equals momentum. And that’s how I rode, and crashed.  In the interim I’ve gone through a lot of bikes and have, to a minor degree, learned a few things – 6, to be exact. In no particular order, here they are:

As our man of Sherlock Holmes and knightly disposition, Sir Arthur Conan Doyle, says: “When the spirits are low, when the day appears dark, when work becomes monotonous, when hope hardly seems worth having, just mount a bicycle.” 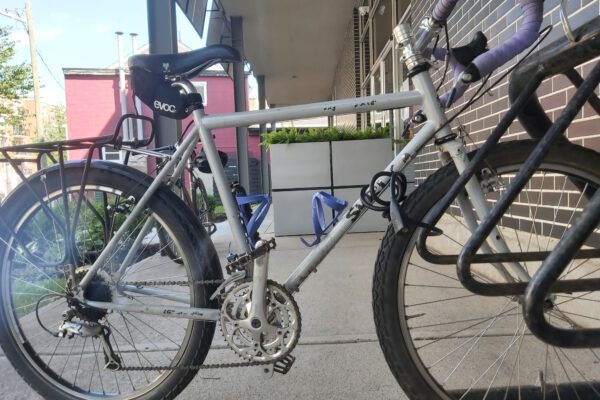 “…the bike, she’s a girl bike. I rode her across ICELAND and all around New Brunswick.”